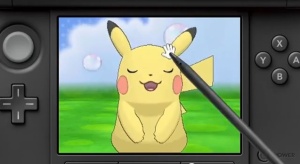 No, I hadn’t forgotten about this series, although someone with little faith in me (like myself) might reasonably think that I might have forgotten about it until recently… Anyway, with Sun and Moon launching this month I think at least a cursory glance should be given to the trends of the Pokémon series in its most recent installments.

I think the obvious place to start is the Pokemon themselves; there are over 700 now, and after an attempt to ‘reboot’ in the main story of Black and White, the array of catchable critters had to be expanded for Black 2 and White 2. It’s a good thing they did because the Unova Pokemon have some of the worst designs in the series to date; weird ugly re-treads of familiar ideas with much of the colour stripped out of them. Unova itself is quite ugly to look at, aside from the occasional area of nice visual design that sticks in one’s mind (see Skyarrow Bridge), much of it is brown, grey and dark green; a colour palette that may replicate the country it’s aiming for but isn’t where I would want to go on an adventure. Both Black and White 2 and X and Y learned from these mistakes, but they took it in two different directions. Black 2 and White 2 revamped Unova and added in old Pokemon, which is a simpler solution, but one that works. The new areas are brighter and more distinct, such as Humilau City, and the addition of old Pokemon doesn’t add to the already bulky roster, but gives you more choice in the campaign, and means you can avoid the questionably designed Unova Pokemon. In X and Y, the roster of Pokemon is expanded, but minimally, meaning that the quality is high, but the quantity is low, a change I’m quite a fan of; especially seeing as Mega Evolutions add some new looks and functions to old Pokemon. Perhaps, though, X and Y lean too heavily on borrowed nostalgia, especially from the first generation; Professor Sycamore even gives you a Kanto starter when you meet him, meaning that you’re pushed into accepting an old Pokemon if you want to make full use of Mega Evolution. In the end, then, the new starters (save Greninja), feel a bit shafted, as do some of the newly introduced Pokemon. The region initially feels a marked improvement from Unova, but again this comes with caveats. All of the Pokemon games have felt boxed in, but the spite based aesthetic has somehow meant this felt more natural. With the 3D look of X and Y, the routes look awkward and cartoony in the way they just stop – and the fact that the game still runs on a grid based system only exacerbates the issue. Luckily, Sun and Moon already look to be improving this, although we’ll have to wait and see the full effect. 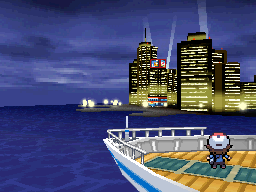 In Black and White, one of the big innovations was the story, and in the past I’ve complained that the story in Pokemon is too weak to be interesting but present enough to disrupt the open-ended structure that was present in the first two generations. Black and White opts to improve on the first criticism, and while you’re shepherded around cities in what is probably one of the most linear regions yet both in route and map design (although shout out to the lovely Route Four),  the story is actually alright. Finally tackling the ‘isn’t Pokemon really cruel’ criticism was a bold move, and while they ducked out at the end by revealing Ghetsis didn’t care and was just your average baddie, it was nice to see them give it a shot and try something different. They also mess with the end game structure, creating an epic final showdown while also decreasing all impact Alder has as Champion. In Black 2 and White 2 the story suffers from being too complex and dull while still overbearing. I was never engaged by the plight of the two Plasmas, and everything seemed to take itself too seriously for its own good. Luckily, the ambitiously large post-game means that those wanting more freedom need only hold out until the end of the story, at which point the world opens up and reveals a multitude of post-game delights.

The story and structure of X and Y, meanwhile, are those game’s biggest weaknesses. Team Flare are pathetic villains; I’m still not 100% as to what their game plan was. Were they obsessed with beauty? Did they want to destroy the world, and if so, why? Who was Lysandre? I realise I’m exaggerating my ignorance for comic effect, but still; X and Y’s story was awful, and the addition of AZ only served to confuse it more. Kalos is twistier than Unova, all revolving around a central city and branches going off of that. However, those branches are as linear as they get –to an annoying degree. Gone are the long winding routes of Sinnoh, whose weather changed dynamically as you marched through them, replaced by bland looking single line Point A to Point B routes that add little to make you feel adventurous besides a few swoopinng camera angles. Maybe the worst offense is that when it’s over, it’s all over. In accordance with then series director Junichi Masuda’s new idea to make the series simpler for the ‘smartphone generation’, X and Y have almost no post game. For a series known for enduring gameplay, this is a disappointing change, one only partially rectified in Omega Ruby and Alpha Sapphire. 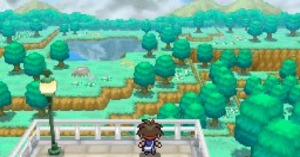 Finally, let’s talk about gameplay mechanics because this isn’t something I normally talk about. I don’t subscribe to the idea that the Pokemon battle system never changes because I have dabbled in competitive battling and know that each new Pokemon introduced is in itself a mechanic, and the smallest changes can have a big impact in that scene. However, the competitive scene is so intricate that it’s a job for people who know their stuff to properly talk about. Instead, I like to look at the bigger changes that even the casual players will notice. For that reason, I may have to not talk about Triple and Rotation battling, which are literally hidden in an alley by the game. If Pokemon itself doesn’t care, why should they expect me to? Pokemon would, however, love me to care about Mega Evolution, the big new change to the franchise that everyone including Game Freak seems to have very clearly realised was a mistake. Mega Evolution is a gimmicky little function that looks flashy but was clearly not thought out well. What could have made battles against Mega equipped trainers harder simply made the whole game easier while also breaking the meta-game. Not to mention most of them looked ugly as sin. More of an improvement were the Gen VI online features, made easier than ever, and much less confusing than the Dream World. The PSS was simple to use, and Wonder Trade was an inspired way to get people excited about trading Pidgeys. It’s a shame, perhaps, that the DexNav will stay exclusive to the Gen Three remakes, but not surprising given Game Freak’s track record. (Also for the record; customisation is cool. kthanksbye.)

While I tried to set this up as a comparison, it was really just mini reviews of the latest three Pokemon games, so I’m not sure if I’ve gained anything from it. I guess I’ve noticed that the Pokemon series hasn’t been going on a downward trend? Maybe the only trend I can see is the simplification of the region and route design, but that’s been happening since Gen Three. Overall, I think the only conclusion I’m happy reaching is; Pokemon is good, but some games are better than others. Insightful.