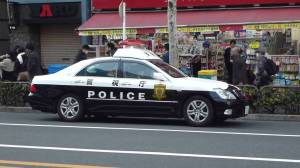 I recently worked my way through Hideo Yokoyama’s crime thriller Six Four, which was just published in the UK after being a huge hit in Japan, and I just wanted to give some quick thoughts on it. For starters, it’s worth qualifying what kind of mystery novel this is; it isn’t a shinhonkaku mystery novel, although there is a definite twist and reveal that comes (remarkably) near the end of the book. Instead, this is more of a traditional slow burn thriller, focusing on one character (Mikami) facing up against the bureaucracy of the Japanese police force. On paper, this seems like a really good idea, so what I take issue is with the heavy-handed realisation of this idea.

All of the characters feel surprisingly real, and most have intriguing backstories – the problem then arises with the situation they are placed in. The ‘Six Four’ kidnapping is the crux on which this story lies, and other disappearances get caught up in the plot, including that of the main character’s daughter, which is used as a narrative device to allow us to see into the heads of all of the other characters who have missing children; we see the thoughts of one, and it gives us sympathy with the others. Despite being the title of the book, and mentioned frequently, the Six Four plot ends up feeling more of a subplot that the rest of the book revolves around rather than the main plot, and this is a real shame, because the twist is well thought out and difficult to see coming. It’s also a shame because the main plot ends up being so weak. Mikami’s backstory is that he used to be a detective and is now in Media Relations, a transferal he is unhappy with, both because he is silenced by his higher ups in Admin and because he feels torn between the two sides of the Police; Administrative Affiars and Criminal Investigations. I’m not sure whether such a stark divide exists in real Japanese police stations, it didn’t feel believable to me; the extremes some characters go to for their division seem unrealistic and I found it hard to sympathize with a main character who feels so strongly about something I have little connection to. However, even if this is just culture shock, it isn’t written particularly well. I’m not sure if this is a translation problem or not, but going back to what I said at the start, some of the writing feels a bit heavy-handed; at one point Mikami is standing between the staircase up to Admin and down to Criminal Investigations and a metaphor is made about how Mikami feels torn between the two, and I had no choice but to sigh.

Six-Four is an incredibly long book, and I have difficulty recommending it – there are better Japanese mystery books (see; The Decagon House Murders or The Tokyo Zodiac Murders) and better long thriller novels (see; The Girl with the Dragon Tattoo). If you’re looking for a lengthy slow-burn thriller to accompany you on your travels then consider picking this up, but I can’t say I particularly enjoyed it.

I’m just trying out these shorter reviews to see if I can get more content more regularly. The Platinum review should be out late next month (sorry for the delay).